There is no point in being relevant when you don’t have the permission to access the community you want to address. Relevance is a matter of co-creation, and this requires permission first.

Last Saturday I was granted a 9 minute time slot to speak at the 29th International Marketing Congress in Belgium. The theme of the congress was ‘Return On Relevance’.

It’s OK to frown and wonder what on earth marketers could learn from an Organizational Change Practitioner about relevance, because the only things I could share were some small victories and one big bump in the road. But it turned out to be a mind opener for most of them.

Here is the transcript of what I told. I titled my presentation “E Qwè?!”. A strange word…

E Qwè is the equivalent of “What’s up?” in the Walloon dialect that is spoken among shop floor operators of the production site where I recently worked.

I never could have learned this expression without access to the community of the shop floor operators and that’s the whole point I want to make:

You can be relevant all you want, but without access to the community you might as well forget it.

E Qwè is a brilliant expression because it has an explicit meaning – “What’s up?” – as well as an implicit meaning, i.e.: the knowledge of the local language is a sign that you have access to the community of shop floor operators. Note: these shop floor operators were my customers, because I was the organizational change manager on their ERP implementation. My job is to build a bridge between intelligent software designers and hands-on shop floor operators. And the best way to that is to speak the language of both.

I’m in Marketing Too!

When I started my change management career in 2000, I was convinced that I was in marketing too. After all, I am in the business of selling things that people did not ask for: a different way of working, a new system, a change of procedures, etc.

As a result I sourced myself from the various marketing insights available. Some examples:

Where did we Go Wrong?!

Frankly, it is in this last part – CRM – that marketers screwed up big time. All of a sudden CRM was no longer about customers. It was reduced to an IT package and some fancy slides. That’s where marketing failed.

Unfortunately, this is also where I failed. More precisely, in 2005, when I was assigned to assist a production site on their SAP implementation. I had gathered all the relevant insights from marketing in one suitcase and I had 4 years of experience in another suitcase. I was razorsharp. I was smart. I was so prepared!

However, upon my arrival the site manager told me that they didn’t participate in the ERP program and that I could go home. So there I was. I can still see myself standing outside, being relevant. Very relevant indeed.

It was clear to me that marketing would no longer provide a solution. Marketers were too busy commoditizing CRM and running in circles. So what could I do instead?

I sourced myself from five other domains: my parents, anthropology, the internet, the war in Afghanistan, and my children. Fairly unusual – I agree, so let’s have a detailed look:

Standing there outside of this production site I had no idea what was going to happen next. Although I did call the project manager and a whole machinery of hierarchical support was set in motion, this was merely escorting a dead man walking into hostile territory. It was agreed to tolerate my presence.

Awkward and painful. So I did what any young man of my age would do in that situation: I turned to Mom & Dad for advice.

I didn’t even have to look very long for their advice, because a few years earlier, upon graduation, they told me the following:

Listen son, we are really glad that you have this degree, but remember: if you want to change something on the shop floor you are going to have to learn how to drive a forklift.

Needles to say, I didn’t pay much attention to their statement when I graduated, but now it started to make sense. My parents made it clear that I needed to seek to understand first and then to be understood. And this involves a lot of listening and alignment.

I suddenly realized that it takes respect in order to get there: going local, being there and spending time on what matters to them.

To summarize: I learned that safety shoes are more relevant than a tie if I wanted to get any return on my relevance.

In his brilliant 2000 article Growing Up Digital, John Seely Brown describes the anthropological study he conducted at Xerox in order to find out how technicians solve problems. A team of anthropologists observed the technicians as they intervened to repair photocopiers.

What they observed can be summarized in two main conclusions:

To summarize: What I learned from John Seely Brown is that coffee machines are more relevant than handbooks if I am really interested in solving a problem.

The third source of learning comes from a domain that I always suspected to be a waste of time – even though I am spending on average 2 hours per day on it. It’s LinkedIn.

A few years ago LinkedIn introduced the Groups feature. When you subscribe to a group, the membership is tagged to your profile and you can participate to the discussions. The group I created is called Organizational Change Practitioners. With more than 12,000 members at the time of writing, it is the largest group on change management available on LinkedIn.

To my surprise, when I look at what I did in order to make this group so large, I would not be able to point to a specific action or event. An accidental empire? Maybe. The only thing I did was keeping the space clean for other practitioners to do their thing. I found myself cleaning on average 30 minutes per day over the past years.

It was only after reading Jeff Jarvis’ What Would Google Do?

, that I realized what this meant: I have provided a platform for the community of organizational change practitioners.

The community existed already. It only required me to

To summarize: What I take away from this experience is that I don’t need to be the smartest / most relevant guy in the room in order to create a community. I can be a platform for other people to be relevant.

Major Jim Gant knows about relevance. His work on TTE – Tactical Tribal Engagement is unprecedented for counterinsurgency tactics in Iraq and Afghanistan. His contention is to work with tribalism, not against it. In his free ebook ‘One Tribe at a Time’ he talks about an acceptable level of integration.:

It is something that can be hard to determine unless you are on the ground with the tribe daily. With a platoon of soldiers, who likely will set up a mini-fire base, walking around in body armor and helmets, the tribesmen will quickly become alienated by their presence. This is at the tactical level. At the strategic level, too many troops and we become “occupiers.”

It is not the armor on your vehicles, your body armor or your weapons systems that will keep you safe . . . it is your relationship with the indigenous force that you are working with. “Friends don’t let friends get hurt.”

There is nothing (and I emphasize nothing) that can prove yourself and your team to the tribe more than fighting alongside them. That is the ultimate testament of your team as warriors and your commitment to the tribe. It will create the foundation for influence without authority that is the key to success in tribal engagement.

Influence without authority — Sitting Bull and I enjoyed each other’s company. Our camaraderie set the tone for our team’s relationship with their rest of the tribe. We laughed and spoke of many things that most US forces are taught as being taboo.

To summarize: What I have learned from Major Gant in that investing in the relationship with local tribes is more relevant than an impressive invasion strategy.

Finally, I learn a lot from my children. Children are very direct in the way they interact with the world around them.

Those are two questions we should ask more often. I know that whenever I go in “Why”-mode and “So-what”-mode I am giving people a hard time. But in the end, the return on relevance is higher.

To summarize: we need to ask “why” and “so what?” more often if we want to get a return on relevance.

Ever since marketing got caught up in a CRM-system paralysis, my quest has brought me closer to a new insight: if you want to have any return on the relevance you want to bring to a community, don’t forget to knock on the door before you enter.

Relevance is a matter of co-creation and you need to have the permission first. So my advice is as follows:

Finally, ask yourself “E Qwè” in both senses of the word:

Have a look at the presentation on Slideshare here: 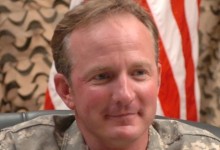