Forget the cheese and the mice, organizational change management just entered a new era: that of elephants and riders. The Heath brothers published a ground-breaking book on our core business.

And the expectations were high. First, because their previous book Made to Stick was a great hit for anyone involved in communication.

Second, because I judged ‘how are they going to pull that one off, without a proven track record of publishing in our field of expertise’? Let’s face it: they are not Kotter, Block, Schein, Weick or Blanchard. So I was a little skeptic.

And they proved me wrong, by every turn of the page. As we could expect, this book is well engineered from a communications point of view. They use strong and compelling stories throughout the book and – like in their previous best seller – they use ‘clinics’ to illustrate the framework they are exposing. So that’s already an A from an educational and storytelling point of view.

So far so good. But what about the content? Before ordering the book I felt like one of the organizational change practitioner’s on LinkedIn paraphrased it:

This book seems like it’s not going to offer me anything better than the proven techniques put out there by experts in change management.” Some other colleagues stated “this book is not transformative.

Come again? Not transformative? My colleagues refer to the fact that some of the examples cited in the book have been used before in other change literature. Unfortunately they fail to see that the authors present a framework that is clearer than ANY methodology or phase-model I have ever seen in this area.

The authors use the analogy of an elephant and its rider. The rider represents the rational and logical. The Elephant, on the other hand, represents our emotions, our gut response. They are two parts of the human mind and the premise of the book is that change management initiatives need to address both rider and elephant in order to change. The content of the complete book is based on this metaphor:

STEP ONE: DIRECT THE RIDER

Elephants … Once you start seeing them

Below is an early note that I scribbled while I was reading the book. On this note I visualize that the rider is analytic and sees a logical straight line from the present state to the future state. This line is best described as ‘Analyze – Think – Change’. The elephant on the other hand – representing the emotional side – tips into the cycle of change as described by Elisabeth Kuebler Ross. This is a natural process that all of us go through when we are confronted with any change. The point is that people – or rather their elephants – need time to make sense of the change.

Meanwhile, have a look at the rider anxiously holding on to that straight line. Turns out that in times of change motivation is more important than math.

Transformation: from mice to elephants

The real reason why this book is a gem is because the authors practice what they preach: they point out that you don’t have to be a CEO, a president or a prime minister to bring about effective change. If you look for solutions that are as complex and as big as the problem (which analysts often do) you will get paralyzed. Instead, Chip and Dan Heath advice to shrink the change and adopt the Flylady strategy, fighting chaos with five minute room rescues. (by the way, she defines CHAOS as: Can’t Have Anyone Over Syndrome)

Second, the authors point out that what often looks like a people problem turns out to be a situation problem. On multiple occasions they cite Wansink’s research on Mindless Eating. The point here is that Dinner control starts with plate control. And you often have more tools available than you think: small tweaks to the environment that yield big results.

Third, the Heath brothers take a positive approach and this may be the most groundbreaking point for our field of expertise. Until now our focus has been solely on resistance and how to reduce it. In other words: focusing on the problem and looking at what is withholding change. Instead the focus should be on the bright spots the authors say. Resistance is a symptom and not a cause! Stop looking at the mice. Focus on the elephant!

This book dramatically improves your diagnosis of so-called resistance and puts it in the framework of resilience. And when you change the way you look at things, the things you look at change: from resistance busting to resilience building. And that is why I am convinced that it will transform our profession. 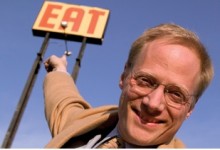 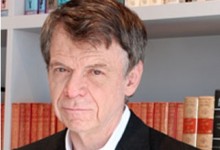