How can we un-learn management science and get back to the common-sense of teamwork? Switch-off all the rules, check-lists and scorecards we have been spoon-fed in our management education? A scenario for disaster you may think? Quite the opposite as I witnessed yesterday.

Dull libraries on leadership, knowledge management and communication came to action right in front of me.  It all happened as the musicians performed their scores at the rehearsal of the prestigious B’rock ensemble.

In this rehearsal B’rock gathered for the forthcoming ‘Adieu to the pleasures’ performance. Nothing spectacular about this rehearsal you may think, except from a management point-of-view.

As a management consultant I spend most of my time between shopfloor, project cockpit and boardroom. When you travel that path long enough you will find that management speak and lengthy checklists melt down to their essence.  For example:

I was curious to find out how the musicians were going to pull it off, given their limited time, budget and different nationalities involved (sounds like a real project, doesn’t it?).

Almost immediately I was struck by their effortless communication. So I took my camera and captured what the 3 C’s look like from a B’rock perspective. Have a look…

This is the first part of any teamwork of musicians – be it a rehearsal or a real concert. They tune their instruments and make sure everyone is on the same wavelength BEFORE they start playing. Have a look at the video below. These musicians are saying: hey this is my bottom line – what is yours?

In management speak: they are setting up a service level agreement (SLA). And they do it BEFORE they start to play. There is a lesson in there: an SLA is negotiated upfront to create a common understanding about services, priorities and responsibilities.

Tuning is not a quick-fix for a troubled relationship in the middle of the play: the relationship is tuned upfront. And yes: that makes an awkward and unusual sound.

You will note that the ‘project leader’ behind the harpsichord defines the context and shapes the meaning of the piece they are performing (at 00′:30″). Although every musician knows the scores and plays outstanding as an individual, they now feed-back to one another how they can make teamwork happen (as of 01′:30″). Note that during the break one of the musicians revealed to me that:

The most important instrument during a rehearsal is actually a musician’s pencil!

There you are: outstanding performers rely on each other in order to adapt their scores for the benefit of team performance. In this setting it would be absurd if they didn’t. Yet, where I come from I see most of the good performers touting their horn so loud that the team performance suffers.

You feel when it’s your turn to say something.

And that’s exactly what it felt like: this was no feedback as we know it; what I witnessed was feed-forward. Not as a task or an obligation, but rather as a game bringing the performance forward.

This is when the communication rubber meets the road. After individual preparation, tuning of the instruments and adapting the scores for team performance it is time to give it a go.

There are two things that you can see clearer when the sound is off.

Although they are all playing their individual score you can see that they are in resonance. One of the musicians saw this resonance as a growing process as he reported: ‘during the intense days of rehearsing you kind of grow into the performance’.

Preparation, tuning, adaptation and continuous exchange of cues results in good performance. The moral of this story isn’t hard to fetch – but it may be hard to swallow for those of us who have their MBA education tattooed all over. This rehearsal reframes the question: Why does management education exist? None of these musicians has ever studied, examined or attended a course in communication, teamwork or feedback.

Think of what we said last week about barefoot running: your company is not broken by default – just like your feet are just fine the way they are. Once you go barefoot your body automatically adjusts. Effortless.  In terms of management education B’rock musicians go barefoot. And they go a long way.

This goes without saying that B’rock is a project-based organization (in management speak): the performance at hand determines the staffing, their level of commitment and … their leadership style.

In case you wonder how I got into that setting in the first place… well … together with B’rock and other top-notch musical ensembles we are discovering Art-based Learning. I’m quite proud to be scouting learning methods and workshop possibilities in this exclusive and (until now) closed setting. A bizar experience … that’s why the initiative is called BizzArts.

Below you can see B’rock performing Vivaldi ‘for real’.

No doubt about it: Belgian finest Baroque can only be performed when excellence & passion are mixed with barefoot empowerment. And now you have a witness.
____________
Related articles:
– Music and Leadership – July 20th, 2008
– Music and Management Consulting – September 27th, 2008 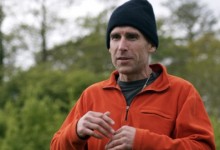