The closer I investigate the term Social Architecture the more I begin to look like a dog chasing his tail. This article is yet another example of that: I try my best to define, yet it always slips away… but it feels like I’m getting closer.

The purpose of this article is to pinpoint why Social Architecture matters. It is a first attempt at building a model and finding out if Social Architecture is a thing or rather a way of being. In order to do so, we are making a trip through Flatland and Spaceland.

In 1884 the English novelist and mathematician Edwin Abbot published a book called Flatland. It is the story about a two-dimensional world whose inhabitants are geometric figures. The protagonist is a square. One day the square is visited by a sphere from a three-dimensional world called Spaceland. When a sphere visits Flatland, all that is visible to Flatlanders is the part of the sphere that lies in their reach,i.e.: they see a circle.

The square is surprised to see that the circle can grow and shrink at will by moving up and down into the plain of Flatland. But every attempt of the sphere in trying to explain the concept of the third dimension fails because the square cannot understand what it means to have thickness in addition to height and breadth. The square cannot understand either that the circle came from up above, because in his world “up” means “from the north”.

Even the sphere’s attempts to explain with analogies and geometrical demonstrations how to move from one to two dimensions and then from two to three dimensions don’t work. The square still finds the idea of moving “up” out of the plane Flatland ridiculous.

Finally the sphere lifts the square up into the third dimension so the square can look down on his world and see it all at once. The experience is overwhelming to the square as it witnesses:

An unspeakable horror seized me. There was darkness; then a dizzy, sickening sensation of sight that was not like seeing. I saw space that was not space: I was myself, and not myself. When I could find a voice, I shrieked aloud in agony, “Either this is madness or it is Hell.” “It is neither,” calmly replied the voice of the sphere, “it is Knowledge; it is Three Dimensions: open your eye again and try to look steadily.” I looked, and, behold, a new world!

When the square gets back to its two-dimensional world it tries to explain the Third Dimension to its fellow squares, but in vain.

Our own Flatland: Kinship and Status

In his book The Happiness Hypothesis, Jonathan Haidt refers to the same analogy of Flatland and Spaceland to point out that in all human cultures the social world has two clear dimensions: a horizontal dimension of kinship closeness, and a vertical one of hierarchy or status.

He then points out that people effortlessly make the distinction along the horizontal dimension between close and distant kin; i.e.: between friends versus strangers.

We are equally equipped to prepare for status interactions: we apply a different social script when we address members of our group who are lower or higher in social rank. For instance many languages have different words for addressing those who are close (‘tu’ in French) versus those who are distant (‘vous’ in French).

Our minds automatically keep track of the two dimensions. Methods for addressing status and kinship are embedded into many languages, rituals and habits. We refer to this as the ‘social script’ of the group.

It all becomes clear when our expectations with regards to these dimensions are violated: the awkward feeling when someone who is high in rank invites you to address her by her first name; or the annoyance you feel when a salesperson addresses you by your first name. When we look at the two-dimensional Flatland of any organization we can position ourselves in terms of status and kinship towards other members of that organization.

The Third Dimension: Sense of Community

But that is not the whole story. The social script of an organization only describes the Flatland of it. If we would examine how organizations navigate their social script to accomplish projects and reach results, we would end up with a way more complex network of interwoven threads. And sometimes the harder we look the more the sight gets blurred. Like watching a 3D movie without 3D-glasses.

We suspect there is a third dimension, but it is difficult to articulate.

That is because it is really hard to make sense of Spaceland dynamics with a Flatland pair of glasses. Flatland glassed always fall short of a dimension. For instance: are we doing justice to an organization when we describe it by means of an organization chart?

Here is what we can discover with 3D glasses: we begin to see spaces of engagement with possibilities that are not available to us as an individual. Possibilities that can only be accessed collectively. Collective engagement is key here, because with the social script of kinship and status alone we can’t get very far. The mechanics of collective engagement are examined in what I wrote earlier about Sense of Community. This is the third dimension.

People reach results with an organization because they engage collectively in the context of a project, a task force, a workgroup, a meeting, etc. People may even know each other from previous engagements or from a context that is unrelated to their organization. We never think of Sense of Community as a competitive advantage.

Very rarely can we see definitions of leadership in terms of collective engagement or Sense of Community. Yet, it may well be the most important factor determining the realization of results. Without Sense of Community, no space gets shaped for people to engage and make things possible.

Social Architecture: Being Intentional about the Third Dimension

Working on identity, dignity, invitation and sense-making shapes the space in which collective engagement then becomes possible. Let’s have a look at what that space looks like:

When we act on the four levels of Sense of Community, we start capitalizing on the innate capabilities of its individuals. We start building on the potential that is already present in the community. We no longer address the group as consumers, but as contributors.

For example: a community of patients with the same disorder all of a sudden becomes a group of helpers for people with the same challenges that are unique to their disorder. Another example: when moms and dads think that the education of their children is solely in the hands of the school system they miss out on the educational capabilities of their community. 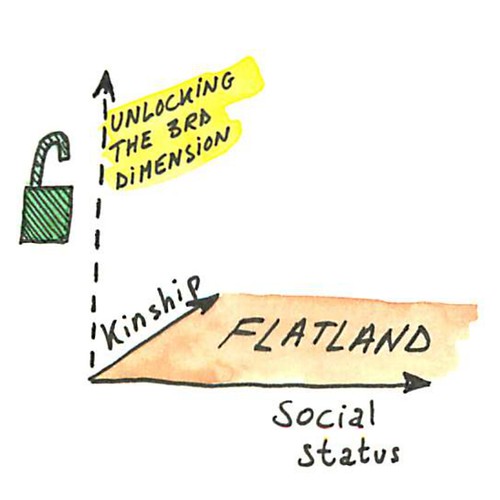 Here is a beautiful illustration to support the fact that the community itself is an educational institution and people not recognizing that don’t tap into the educational resources of the community, which begin in families and extend on to all kinds of entities:

There is a case study in Lexington, Kentucky, of some kids who are in one of these alternative schools and they spend a lot of time with their heads down on the table trying to get a nap. So some principal teamed up with a guy that owns a farm for old, retired Kentucky Derby winners and he takes the kids to this racehorse farm and they begin to learn a little history. Did you know that [some of] the first … Kentucky Derby winners were African Americans? Well, nobody knew that. I may have the numbers wrong but the ratio is right.

Then they throw in a little biology and a little zoology. Pretty soon kids who are asleep at the table are up and looking and patting the horses and learning. So here’s a resource in a community. Who would have ever thought that a racehorse farm was a school? But it is. And who would’ve thought that just folks who were running the stables were teachers? They are and can be. So that, it seems to me, is what we’re missing. The community is the educational institution, the school is there to support it. We’ve got it completely turned around.

It is a simple fact but it is worth mentioning: Spaceland DOES NOT EXCLUDE Flatland. Contrary to what we can read in the latest management literature, the Flatland of a formal organization is a necessary context. Necessary but far from sufficient. It’s easy to say that we should abandon hierarchy and silo’s.

In theory we could even make a case for it. But in reality this is nonsense because we can never even start to think about a third dimension without acknowledging the dimensions of kinship and status in the first place. Saying that we need Sense of Community to REPLACE the world as we know it simply makes no sense. 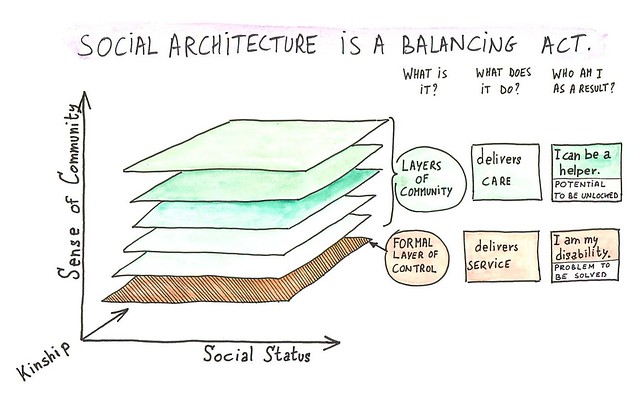 But we would never suggest to replace one monopoly with another. It’s a joint responsibility. Health is the co-creation of a patient community (providing care and support) and a healthcare system (providing service). Co-creation means we need both: the formal Flatland layer and the informal Spaceland layers.

Let’s have a deeper dive into what this means for us as individual members of a community. When we are given the opportunities to be here by choice… AND … when we opt into these opportunities, our social contract with the community changes.

In other words, this is how we connect the Spaceland of layers outside of ourselves with the potential inside of ourselves. that yet has to come to the surface. Or as Omid Safi has coined it masterfully:

Community is an almost alchemical reaction that happens among all that we are capable of being and becoming.

This is what communities are capable of doing with people: to awaken a potential inside of ourselves that we might have forgotten about long time ago. Community has the healing capacity to reconnect its members with their own potential. I think the best way to put it is:

We need others to be fully ourselves.

This is why Social Architecture matters. This is why I strive to investigate it even deeper. Does this answer the initial question that I started with? Do we have a definition yet? Nope. But we’re getting closer. 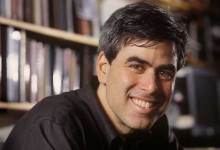