The resonance of the culture we grew up in causes the roles and the rules of a situation to be altered like a magnetic field. This is why we need formality.

The previous two articles in this series focused on the theatrical and transactional aspects of human interaction. The situation we are in determines the roles we play and the rules we follow; and we reciprocate every request with a response. We also saw that each situation determines the face-value that we can claim for ourselves. The face-value comes with the situation and it is scripted in our roles.

The way human interaction actually works is through the constant exchange of social currency (love, attention, acknowledgement, etc). In the end, human interaction can easily be summarized as a series of “+1” and “-1” in order to equilibrate the face-values that have been claimed.

But that’s not the whole story. It’s time to look at culture and its influence on the dynamics of human interaction. With culture I refer to the tendencies, assumptions and reflexes that are handed down to us by the community we grew up in. The best way to describe the influence of culture is through the words of the writer René Daumal, when he coins the term ‘Chameleon Law’, which he describes as the inner resonance to influences nearest at hand (“la résonance aux plus proches affimations” if you happen to speak French). In an earlier article I have zoomed in on what this means in terms of resistance. In the same way as our reciprocity-reflex forces us to equilibrate the “+1” and the “-1” statusses of a situation, we have another reflex: the chameleon-like tendency to resonate with the non-tangible (but nevertheless ‘real’) influences of a situation. The below image summarizes that mechanism: This time I’d like to look at the same topic from a slightly different angle. The influence of culture is extremely difficult to describe in words. Note for example the difficulties you encounter when trying to explain the rationale behind a seemingly ‘irrational’ decision in hindsight. I usually can’t get any further than saying “You can’t understand unless you were there when we took the decision”.

Culture is the magnetic field that creates resonance and dissonance in a certain situation. For example: in most American companies it is common to refer to colleagues and peers by their first name. In most German companies – so I’m told –  you can only do so if the person higher in rank invites you to. This is just a simple example of a similar situation that nevertheless creates different expectations towards the roles and rules. What this means is that the situation does determine the roles we play and the rules we follow, but that we can never predict how the roles will play out until we have an understanding of the culture.

Imagine – in this simple example – what would happen when an American subordinate would communicate with his German superior. Both have the same understanding of the roles they play and the rules that apply. Yet, both will be surprised by the different interpretation of the other party. The next thing you know is that none of them wants to do harm to the face-value of the other person. But they are confused on what they should acknowledge or claim. In mechanical terms: their scales are not calibrated. They need a system of calibration to make the interaction safe again: a common currency they can rely on.

The Importance of Formality

It turns out that formality provides that system of calibration – or that common currency if you will. Here is the thing we are up against: when the value we have claimed for ourselves has not been acknowledged, we feel offended. To avoid this from happening we have to enter new relationships cautiously and this is even more so in intercultural relationships. According to Edgar Schein, the safest approach is often the most formal. Hence the need for extreme formality in international diplomacy. Formality protects both parties from being affronted.

You can think of formality as the use of a single currency (like the Dollar or the Euro) in order to make the transaction safer between parties from different cultures. 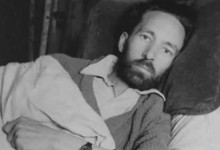