Did you know that there is a specific field of psychology that specializes in what we have previously called ‘social theatre’ and ‘social economics’? This field is called Transactional Analysis (TA).

Flashback: What We Learned So Far

One of the models of TA describes very well what happens when we throw our emotions into the power-play of status and face-value. This is the sixth article on Unraveling Human Interaction, therefore a small flashback of what we observed so far:

1. The situation we are in determines the roles we play and the rules we follow; and we reciprocate every request with a response.

2. We also saw that each situation determines the face-value that we can claim for ourselves. The face-value comes with the situation and it is scripted in our roles.

4. In the end, human interaction can easily be summarized as a series of “+1″ and “-1″ in order to equilibrate the face-values that have been claimed.

5. We build and deepen relationships through cycles of testing and response. Building a relationship can be compared to making deposits of empathy (the exchange of “+1”) on the emotional bank account of trust.

6. In the same way as our reciprocity-reflex forces us to equilibrate the “+1″ and the “-1″ statuses of a situation, we have another reflex: the chameleon-like tendency to resonate with the influences of a situation.

7. The PDI (Power Distance Index) of the culture you are from determines what the “+1″ and the “-1″ exactly are worth to you. It turns out that formality provides a system of calibration when cultural differences are too big. You can think of formality as the use of a single currency (like the Dollar or the Euro) in order to make the transaction safer between parties from different cultures.

8. In digital communications the same rules and laws of gravity apply, but we lack non-verbal cues of feedback. Therefore the best strategy is to rely on “connection” instead of “control” in order to equilibrate relationships.

The Problem With Emotions

The problem with emotions is not their intensity, but the fact that they always come in disguise. You will almost never hear people say that they are scared, angry, or sad because of a certain situation.

In 99% of the cases people (and yes – this includes me and you) communicate their emotions through “playing games.” The classic result is an emotional competition between people which – regardless of who is the winner –represents a loss for the relationship. Transactional Analysis expert Steven Karpman created a simple decoder for games like these: it is called the Drama Triangle. Basically, there are three roles on the drama-triangle and they all have the same purpose: to create drama and to stay miserable. For example: when I behave helpless because of the train-delays today, this may trigger you to respond with resentment (‘You could have taken the car to get here’).  This is how a victim creates a persecutor. Without any doubt this interaction will also create a rescuer, i.e.: a person taking a stand for me either by offering help or by justifying your situation. The interaction between a victim and a persecutor has made it very tempting for a third person to step into the role of a rescuer.

How The Roles Play Out

This is a very brief summary of how the roles play out:

As the drama plays out, people may suddenly switch roles, or change tactics, and others will often switch unconsciously to match this. In transactional analysis, the drama triangle is recognized in situations or ‘games’ such as:

The purpose for each ‘player’ is to get their unspoken – and often: unconscious – needs met in a justified way, without having to acknowledge the real situation. As such, each player justifies their own position, rather than acting in a responsible way.

Getting Somewhere: A Definition of Maturity

The drama-triangle is one of the biggest dynamics causing people to behave very chameleon-like in certain situations. The waves of emotion can be so strong that one needs to be extremely strong to resist falling into one of these roles.

And that is unhealthy, because here is the thing: when we have a closer look at how drama plays out we see that drama is created and sustained though a constant exchange of ANTI-reciprocal “+1” and “-1”! The persecutor asking “Why are you late again?” will be throwing out a status difference of one-upmanship, thereby lowering the other person in the relationship (like a parent to a child). This makes it very easy for the other person to just confirm that position in a passive-agressive way with absolute silence (childish and victim-like). The gap of status differences has widened even more with that response.

What we see here is that status differences resemble the difference between parents and children. Transactional Analysis makes it clear that there is a way out of this drama. They call it  the ‘adult’ position. In terms of social theatre and social economics this is BAD NEWS, because the adult position will equilibrate situations by:

So there you go: the most boring theatre you have ever seen. No fireworks anymore and no juicy details. The GOOD NEWS? You can still watch drama on TV – no need to play it out in your own relationships once you know how to decode the dynamics of it.

Finally – as a good old disclaimer – I add the warning that Daryl Conner once gave me: “Understanding human behavior does not make you immune to it.” 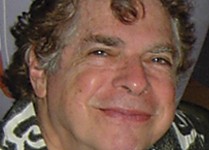