What is the value of feedback when I can’t frame it, understand it or act upon it? Will I be labeled ‘resistant’ if I ask to reframe it over and over again? Feedback – yes but… feedback that is not actionable and measurable in my world will not empower me.

Blessed with a pair of craftsman hands, a good sense of humor and a healthy dose of common sense, my dad challenges me to widen my perspective from time to time. And he beats any management guru, scholar or business school with the advice that he gave me upon graduating:

Recently my dad installed a new condensing boiler and the system is said save a lot of energy compared to his 30 year old oil boiler. As one thing leads to another, my dad soon started looking for a measure. How much am I saving compared to my old boiler? Although you wouldn’t allow my dad to join the Davos, Kyoto or Copenhagen conferences his quest is one of high importance and high direct impact on current levels of energy spending. The question is the following:

‘How can I see the Euro amount of energy I am spending?’.

So here is what we did: we called the gas distribution company and asked how we can track our spending in Euro. Turns out that it was the first time they were confronted with this question. But after a few minutes the helpful helpdesk correspondent managed to get an amount of Euro Per KiloWatt-hour.

Unfortunately there is no such thing as a KiloWatt-hour meter on our consumer side. We do have a meter, but it reads volume (cube-meters). It would take a simple conversion with a factor 10 to make the calculation. However, this would not be a good measure for monitoring the energy spending because there are about 10 other parameters that influence the final invoice.

Contrasting this simple question to the TV news reports on Copenhagen, Kyoto and Davos I imagined a Yes Men scenario: stating the obvious question in the middle of a powerful crowd of leaders who are trying very hard to look the other way.

So we rang the gass company about three times until… Well. Until it felt wrong. We felt like behaving annoying and offensive. Embarrassed. Uncomfortable. That’s the price you pay for asking WHY too many times.

In his 2004 bestseller The Seven Day Weekend, management guru Ricardo Semler stesses the importance of asking why. It is one of the most important mechanisms for navigating out of the control-zone and back into the area of what matters most. In his company SEMCO, they even have a name of it: they call it the Whyway.

But it takes guts and perseverance according to Semler:

“Ask why. Ask it all the time, ask it any day, every day, and always ask it three times in a row. This doesn’t come naturally. People are conditioned to recoil from questioning too much. First, it can be perceived as rude. Second, it can be dangerous, implying that we’re ignorant or uninformed. Third, it means everything we think we know may turn out to be incorrect or incomplete. Last, management is usually threatened by the prospect of employees who question continually. But mostly, it means putting aside all the rote or pat answers.”

The Result? The Wattson!

My dad is not a university professor or an academic of any kind. Instead he spent his life on the production shop floor experiencing first hand what works and what doesn’t. So when he asks a ‘why’ question he is not playing an intellectual game. He is on to something.

How much am I spending on gas? Why can’t we monitor our energy spending? Why can I see my energy spending instantly when I drive my car but not when I am heating my house?

As a coincidence I was reading Nudge: Improving Decisions About Health, Wealth, and Happiness, by economist Richard Thaler and legal scholar Cass Sunstein. They explore he psychology of our every day decision making and argue that we make poor decisions due to the architecture of how choices are presented to us.

As it turns out my dad and I have nothing to be embarrassed about because one of the nudges that they illustrate responds almost exactly to our monitoring quest. Have a look at the Wattson device below:

The Wattson monitors our energy spending for electricity in a currency we understand and care about. We like that. We want that. And we also want one for the gas spending!

What can organizational change practitioners learn from this story?

First,  that the ‘whyway’ is the road less traveled because people run the risk of being labeled ‘resistant’ in a split second. Peter Block warns against the paranoid habit of some consultants interpreting every line manager’s objections as resistance (see: Sometimes it’s not resistance).

Second, ‘why’-people may drive you crazy, but they prevent you from project cocooning and other defense mechanisms. Think about it: what would happen if you were to replace your ‘Resistance’-labeling-machine with a ‘Whyway’-labeling-machine? The label is not an ending point to ditch people into a category – period. Rather, it would be a starting point to improve and fine-tune the project at hand.

Finally, involving the whyway people creates buy-in and stimulates their ownership of the project results. Remember: Why-people take a risk because they care. Why-people take the risk of feeling embarrassed because they are committed. Why-people leave their comfort-zone for a good cause. Outside their comfort-zone they are vulnerable. And if we follow common change-management methodology we are most likely to label them as resistant and to treat them in a belittling way. Should we not suspect ourselves in the first place? 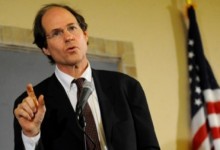 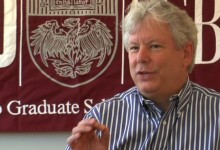