The World Belongs to the Tweakers, Not the Inventors

When Steve Jobs told us to ‘Stay hungry, stay foolish’, did he mention to be late and steal from time to time? Because it turns out that Apple’s biggest success depended on the ability of their chairman to steal and tweak the lessons learned from others.

In a recent article published in The New Yorker, Malcolm Gladwell underscores the cost of being first when it comes to introducing technological innovations. Gladwell’s original article is about the glorification of the genius of Steve Jobs. According to him, the genius of Jobs epitomizes the advantage of being late.

Another Look at the Industrial Revolution

Remember the Industrial Revolution? You know: that period in time that is popular to bash. Unfortunately, as we expose ourselves to the generalizations of history there is some fine research that we tend to overlook. Luckily there is Gladwell; a master in pointing out where we have it backward with our taken-for-granted causalities. As he reframes the genius of Steve Jobs he draws a parallel to the exceptional driving role that England played during the Industrial Revolution.

Gladwell explains that Jobs stole the basic idea of the mouse from PARC, introduced the iPod five years after the first MP3 players appeared, and came out with the iPhone 10 years into the smart phone era. That is because Jobs was not an inventor, but rather a ‘tweaker’. This term is based on the the reasearch of Ralf Meisenzahl and Joel Mokyr of the Northwestern University. They found out that, although England experienced a poorer development in education than other European countries, they did remarkably well in adopting the newest technologies. Meisenzahl and Mokyr found that there were deep complementaries between two groups of key workers. The first is the relatively small group of people who actually invented things. The second is the somewhat larger group of highly skilled craftsmen who possessed the training and natural dexterity to actually carry out the “instructions”. According to them:

“The second group is critical. They had to implement – with a high degree of accuracy – the new recipes and blueprints that inventors wrote. This involved building the parts on a routine basis with very low degrees of tolerance for error while still being able to fill in the blanks when the instructions were inevitably incomplete. It was this technical competence of the British mechanical elite that was able to implement and tweak the great ideas and turn them into economic realities.”

“What counted most, however, were the characteristics of the top few percentiles of highly skilled mechanics and similar artisans.”

“Those who had the dexterity and competence to tweak, adapt, combine, improve, and debug existing ideas, build them according to specifications, but with the knowledge to add in what the blueprints left out were critical to the story.”

(these quotes were copied from the working paper titled: The Rate and Direction of Invention in the British Industrial Revolution: Incentives and Institutions)

Sure as hell, when Gladwell refers to this research there is a lesson in there. In a recent visit to the Creativity World Forum in Belgium last week he revealed three  reasons why he thinks this is important. They are:

To summarize in Jobs’ own words: ‘Stay Hungry, Stay Foolish’. Forget about waiting for the perfect conditions. 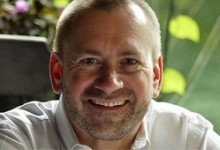