A visual analysis on why Google+ will fail to become the framework of social networks even though they have a superior product compared to Facebook. The short answer is simple: they are too late. If you want a bit more explanation, then read on. There is a lesson in there for anyone trying to claim any platform in any sector. It all depends on observing the color of the zone your competitors are in.

I have reason to believe that Google is getting a little fat around the edges. The king of search, the emperor of email, the god of maps seems to have lost its beginner’s attitude: the conviction that it is better to be fast than perfect. Things will get clearer if you put on the 3D glasses of the Hype Cycle on top of the bell-shaped diffusion of innovations curve.

The hype cycle is an interesting graph that shows how a certain technology matures and gathers market share. It was coined by Gartner in 1995 and has gained popularity ever since in order to position new technological hypes and to predict when they will mature.

As you can see in the below graph, the hype cycle typically counts five stages:

It gets more interesting when we add some 3D effect to this cycle by adding the bell-shaped innovation graph and see how they connect.

The Diffusion of Innovations

in a 1962 book called The Diffusion of Innovations

, Everett Rogers stated that adopters of any new innovation or idea could be categorized on a classic bell-shaped curve as described here:

Rogers found out that this diffusion – and these proportions form a reliable pattern. Building further on Rogers’ observations, Geoffrey Moore’s key insight is that the groups adopt innovations for different reasons. According to Moore, early adopters are technology enthusiasts looking for a radical shift, while the early majority wants a productivity improvement. Both groups are divided by a chasm.

Putting it All Together

The below graph shows how the Hype Cycle and the diffusion of innovation fit together: pragmatists tap into the possibilities of a product that seems to work. This is where Facebook was last year when it got ‘mainstream’.  The hype got onto the slope of enlightenment pretty fast.

However, since the beginning of this year we have seen that even conservative people started opening a Facebook account. Facebook has gotten beyond the Tipping Point and has reached the so-called plateau of productivity. But there is one thing that happens when a technology has reached this plateau. The ovule is impregnated. The platform is claimed and granted. The winner is ‘entitled’. The race is over.

In the below graph I have made a checklist to show what this means in the market of social networks. As game designer Seth Priebatsch already told us more than a year ago, this race WAS already over because last decade was the decade of the social fabric, where “the framework in which we connect with other people” was built. This means it’s ‘game over’ for any other competitor trying to claim the platform. Conservatives are being converted. The concrete is getting dry. So why on earth would Google want to enter that market? A better product? Sorry, that’s no longer working. Now, have a look at the lower part of the above graph because this is where Google should have been: the so-called gamification of its maps. There we can see that Foursquare has taken some leadership. Fourquare has a game-like feel so you unlock badges and earn points each time you check in somewhere. Very addictive. You can even become the ‘mayor’ of somewhere when you check in enough times. You can also make recommendations about the places you are, like recommending a dish in a restaurant. Your tip will be visible to others as they check in this place.

Nevertheless, they had to start from zero: no crowdsourced maps that existed already, no address books and contacts lists. Just one simple thing: a beginner’s mindset and the first-mover advantage. Facebook Places was a competitor in this check-in gaming segment (this very sentence is outdated as I am writing this – see below).

But where is Google in this segment? They are already too late. Chances are that Foursquare will be reaching the conservatives population for this technology, and once they do that it’s ‘game over’ for all the others: the platform is claimed. And granted. That’s how the digital economy of ‘being a platform’ seems to work: claim the conservatives before your competitor does.

If there is one lesson for a giant such as Google to remember from this failure (although this is still a speculation) than it is that time-to-market is more important than having a superior product. Truth be told: Google+ is a product that possesses way more potential than Facebook. It is better organized, better integrated with your contacts and I wouldn’t be surprised that it’d be more stable.

The problem is that they were too late to enter the market. The below graph shows what happened to Google+: the main competitor for the social framework had already entered the Red Zone. When this happens, the conservatives make sure that the chasm becomes un-bridgable for any other competitor. Forget about becoming a platform once your competitor reached the conservatives before you! What we can learn from the battle for the social framework is that it is better to be fast (Facebook) than to be the best (Google+). Are you entering a new market? Where are your competitors? In the Green Zone? Then you’d better get up and fight that battle!

On the other hand, if your competitors are in the Grey or Red Zone, think it over. By the way, Facebook seems to be smarter in quitting the wrong stuff, because as I am writing this very article, they have appeared to have given up the Facebook Places. Could this be a first sign of Foursquare reaching the Red Zone? 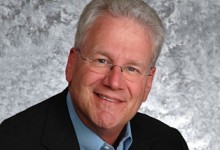 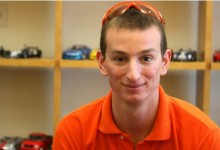