Stephen R. Covey (born October 24, 1932 in Salt Lake City, Utah) is the author of the best-selling book, The Seven Habits of Highly Effective People. Other books he has written include First Things First, Principle-Centered Leadership, and The Seven Habits of Highly Effective Families. In 2004, Covey released The 8th Habit. In 2008, Covey released The Leader In Me—How Schools and Parents Around the World Are Inspiring Greatness, One Child at a Time. He is currently a professor at the Jon M. Huntsman School of Business at Utah State University.

Last week I was involved in a discussion on a very hot topic in a group of more than 45 people and almost the same diversity of national cultures. About every individual in the room had a firm opinion on the topic and the debate was on: a lot of intelligent people making their point […] 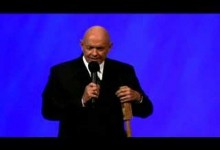 I just can’t get a hold of that thing called ‘resistance’. This is an attempt to map how I get hooked by energy draining conflicts, oppositions and being right. 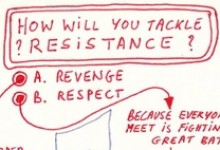 How do you sustain momentum as a team leader in practice? This is the exact question that I launched a few weeks ago on LinkedIn Q&A. What I received was excellent advice from hands-on people all over the world.

Branding of projects inside your organization…huh?

Branding is more than a logo. Ultimately, branding is the sense-making part of your product or project. It connects people to something they have in common. This is why trust, community and psychological safety are key to reaching a tipping point. 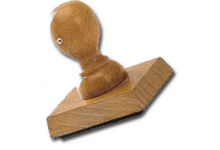 30 Dirty truths about SAP and organizational change management. Taken directly from my experience in the field. Biased without a doubt, but straight from the gut. 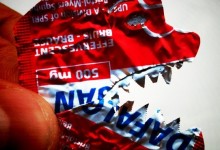