How do you sustain momentum as a team leader in practice? This is the exact question that I launched a few weeks ago on LinkedIn Q&A (*). What I received was excellent advice from hands-on people all over the world. Below you will find a summary of the responses clustered, distilled and filtered with a little help of good old management theory.

Over the past hundred years or so I don’t believe the recipe to successful management has changed that much. Every business student and scholar comes across the name of Henri Fayol at least once in their career. Fayol (1841-1925) is a French engineer, who is one of the founding fathers of modern management theory, together with Frederick Taylor and Henry Ford (although we spend lots of time arguing that these theories are outdated and bad instead of shedding some light on the context and the time-frame). When scanning the answers of this non-scientific survey it occurred to me that the broad categories as summarized in Fayol’s Famous Five still apply when it comes to this century’s practice:

This is what it all comes down to according to Fayol. Now let’s investigate how these categories are flavored in down-to-earth practice of the year 2007.

It is funny to observe that the majority of the contributors indicates that it is important to get some basics right from the beginning. I am pretty sure that most of the following contributions align with what Fayol, Ford and Taylor had in mind when they theorized about planning:
The way I would summarize this list in 2007-language is through following phrase: “Manage expectations about your team”

I had no trouble distilling contributions that fall under this category either. Here is what the contributors came up with:
To me, they all seem to fall under the umbrella-phrase: “Getting it right from the start”.

Contrary to what I would expect in the year 2007, the opinions that fall under this category are abundant. Even if the word ‘command’ sounds somewhat military – and therefore unpopular nowadays – the contributors did not beat about the bush.
Like me, you may wonder why the ‘command’ category still takes center stage in the habits of these effective people, whilst being totally absent in the list of Stephen Covey (**). Did Covey miss a blind spot here? Now that is a daunting question in 2007!

Yet another discipline of management that is a blind spot to many an author in the business arena. I am glad to see that ‘getting it done’ is not forgotten about in 2007 by our pragmatic contributors.
To me the best way to summarize this list is through the word participation (which is less far-fetched and less charged with zillion interpretations than ‘empowerment’).

The final discipline according to Fayol is ‘control’ – another word with a military connotation. However, let’s have a look at the results before making any judgement:
When I look at what the contributors have to say about control, what stand out is the statement: “It’s not about you”, meaning that control is not about authority but rather about discipline and integrity.

Conclusion: nothing changes really…except for the food!

There is one particular thing that one will hardly find in the writings of the early management gurus, that is the recommendation to celebrate milestones with food. The number of food related suggestions is remarkable; ranging from a coffee from Starbucks to pizza and beer. As one contributor put it: “I get more value out of celebrating achieving a KPI with a barbeque than most of the other things I do”.
Anyway, while you are drinking your coffee or eating your sandwich as you are reading this, think about the parallels that I have drawn from this simple survey (and discover with me how much you can learn from a simple question posted on LinkedIn). When comparing Management Theory a Century Ago to Management Best Practice Now, this is how they map against one another:

Plan (and look ahead) >>> Manage expectations about your team
Organize >>> Get it right from the start
Command >>> Make decisions and be a buffer
Co-ordinate >>> Foster participation
Control (Feedback and Inspect) >>> Listen – it is not about you!
Surely, Fayol and his overseas friends Ford and Taylor could figure that one out by themselves about hundred years ago! It just makes me wonder whether I would classify the mindset of categorizing their theories under “Neanderthal-istic” as “a paradigm”, “a result of groupthink” or just another good old dogma sneaking into our classrooms and management literature? But then again, this was a non-scientific survey, so why let it bring us outside of our comfort zone? 😉
__________________________
(*) LinkedIn is a business networking platform that allows you to ask questions to the community at large. The advantage of this feature is that you can consult people from a different time-zone and cultural background. As a result I received responses that I would not be able to obtain from my non-digital network of people in the same business with same mindset.
(**) Stephen Covey (1989) The Seven Habits of Highly Effective People ISBN 0-7432-6951-9 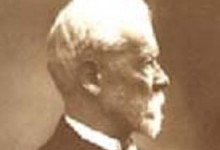