Creativity as a Resistance Buster

The way I approach resistance is influenced by the way I look at organizational change management. I see resistance as a crucial ingredient that is needed to make a change happen. Resistance fuels change. Without it, there is no change.

I get very suspicious whenever I see advertisements for consulting companies or training courses claiming they will help you to reduce or avoid resistance. They create the false expectation that organizational change is a mathematical exercise.

Emotions are the Only Way Out

They avoid to make sense of the emotional responses. Instead of seeing them for the fuel and energy they provide, they mistake them for a failure. Then, they move in the opposite direction, as if they were reading a road sign upside down.

Here is what that road sign says: resistance is emotion; and emotion is the ‘motion’ that is needed to move through the dip of change. Of course it is a bumpy road, but it is the only way through.

Lateral Thinking as an Example

One example to go forward is by looking at these reactions like Edward De Bono approaches creativity. De Bono discovered that logical, linear and critical thinking has limitations. It is primarily concerned with judging and seeking errors. He calls this black hat thinking. The problem is that it scares us so much that we want to move away from it. But the opposite it true.

De Bono’s approach is to appreciate the value of this negative thinking, instead of avoiding it. Next, he stimulates the other thinking hats to come to the surface. As a result of respecting the negative thinking and going through, one ends up with a rich palate fueling a solution for the situation at hand:

The bottom line is that we need to go through the roller-coaster of our own emotions in order to have the respect and authority to lead others through the organizational change.

The Math Versus The Path

The mathematical or linear approach assumes a straight line from the present state to the future state. This line is best described as ‘Analyze – Think – Change’. Inevitably emotional side tips us and our beliefs into the cycle of change as described by Elisabeth Kübler Ross. Turns out that in times of change motivation is more important than math.

The nature of things is ‘See – Feel – Change’. The feel part, according to Kübler Ross is a rollercoaster taking us through the dip of denial, anger, bargaining, depression and acceptance. Trying to avoid those emotions is like cooking without heat: ingredients won’t fuse. 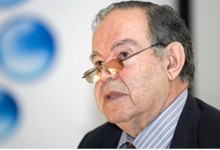