To measure the properties of a particle such as an electron, one needs to use a measuring device, usually light or radiation. But the energy in this radiation affects the particle being observed.

The German physicist Werner Heisenberg (1901-1976) received the Nobel Prize in physics in 1932 for his work in nuclear physics and quantum theory. The paper on the uncertainty relation is his most important contribution to physics. 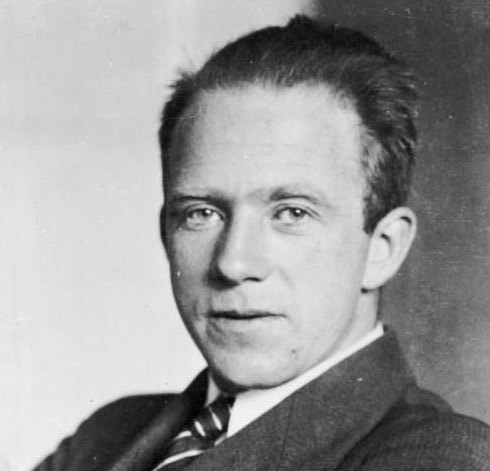 The Uncertainty Principle says that the more precisely the position of a particle is determined, the less precisely the momentum is known in this instant, and vice versa. The act of measuring one magnitude of a particle, be it its mass, its velocity, or its position, causes the other magnitudes to blur. This is not due to imprecise measurements. Technology is advanced enough to hypothetically yield correct measurements. The blurring of these magnitudes is a fundamental property of nature. As Heisenberg stated:

“We have to remember that what we observe is not nature herself, but nature exposed to our method of questioning.”

The observer is no longer external and neutral, but through the act of measurement he becomes himself a part of observed reality. This marks the end of the neutrality of the experimenter. Does this mean that ultimate truth is unknowable? If in an exact science, such as physics, the outcome of an experiment depends on the view of the observer, then poetry may be more truthful after all.

OK – so what is the connection with organizational change management?

First, Edgar Schein introduces the concept of Diagnostic Interventions as the best way to involve members of the organization in the change program. By asking them relevant questions about the present state, you not only learn relevant facts about possible resistance to change, but you also begin to influence their thinking and get them involved in the planning. You need to recognize that no matter how neutral and innocent the questions may be, they will influence the thinking of the people in the organization and will, therefore, be an intervention whose consequences must be considered.

For example, you cannot launch a organization wide survey to decide whether or not to start a change program. Once you are conducting the survey, you have launched the program because you have influenced the thinking and expectations of the people you are surveying. By measuring the temperature, you have blurred the observations because you have set an expectation.

Second, the Hawthorne effect is another phenomenon that illustrates the Uncertainty Principle: when people are observed in a study, their behavior or performance temporarily changes. People’s behavior and performance change, following any new or increased attention. The term gets its name from a factory called the Hawthorne Works, where a series of experiments on factory workers were carried out between 1924 and 1932.

There were many types of experiments conducted on the employees, but the purpose of the original ones was to study the effect of lighting on workers’ productivity. When researchers found that productivity almost always increased after a change in illumination, no matter what the level of illumination was, a second set of experiments began, supervised by Harvard University professors Elton Mayo, Fritz Roethlisberger and William J. Dickson.

They experimented on other types of changes in the working environment, using a study group of five young women. Again, no matter the change in conditions, the women nearly always produced more. The researchers reported that they had accidentally found a way to increase productivity.

You Are Part of What You Observe

To summarize, if you are a change agent, the Uncertainty Principle holds a warning for you. You should constantly be aware that any of your questions, actions, non-actions, behaviors, attitudes and opinions have consequences on the stakeholder you approach. As an observer you are part of the observed system.