Is Charlie and the Chocolate Factory just another adventurous book written for children or could there be a hidden lesson for Organizational Change Practitioners? In this article Cool Friend Filip Michiels shares his insights on Charlie’s adventures and tells us how he applied them as CIO of an HR services provider.

Some time ago, my children and I were watching the movie Charlie and the Chocolate Factory

. The story, written by Roald Dahl, is about Willy Wonka and his chocolate factory.

Years ago, after rival chocolate makers sent in spies, disguised as workers, stole his recipes, Mr. Wonka had decided to send everybody home and to close the factory completely to the outside world. Since then, the gates remained locked. However, somehow the factory had resumed operations in complete mystery.

A Case For Change

One day, Wonka realizes that even though his business is good and stable, the knowledge about the operations of his factory would not be covered in case something happened to him. At the same time, being shielded off from the outside world, he fears losing touch with the evolving marketplace, as recent launches of new products had not always been that successful.

Thus he decides to hold a worldwide contest, in which five Golden Tickets are hidden under the wrappers of his candy bars; the prize for those who find them is a day-long tour of the factory and a lifetime supply of chocolate. But, the real reason Wonka has sent out these Golden Tickets is to find a child to be his heir, and carry on his work.

1. Spoiled Veruca Salt had managed to get her father, a rich industrial, to buy as many chocolate bars as he could find on the market, to have his work force to open them one by one looking for a golden ticket, with no interest at all in the chocolate itself. Veruca attempts to take one of Wonka’s nut-cracking squirrels for her own and is thrown down a garbage chute.

2. Violet Beauregarde, a very successful and competitive kid, whose only ambition is to be better than any other kid at whatever she does (as with finding the golden tickets). Violet blows up into a blueberry after consuming experimental chewing gum and has to be taken to the Juicing Room to get the juice out of her.

3. Mike Teavee, a wiz computer geek kid, who had developed a computer analysis algorithm to determine from all production runs which chocolate bar would hold a golden ticket, without even eating chocolate himself. Mike is shrunk after meddling with dangerous television equipment and has to be taken to the Taffy Puller to be stretched back to normal.

4. Gluttonous Augustus Gloop eats that many chocolate, so he could not get any other than one of the five bars holding a golden ticket in his hands. From the minute Augustus steps into the factory he blindly starts eating and tasting anything he can get hold off. Eventually, Augustus falls into a chocolate river and is sucked up a pipe to the fudge room.

5. Charlie Bucket, a nice boy from a poor family, lives with his parents and both sets of elderly grandparents. From these four, especially Grandpa Joe (a former Wonka employee), he hears stories about the candymaker Willy Wonka and the chocolate factory he built in Charlie’s hometown.

From the minute Charlie steps into the factory, he starts questioning Wonka about his work force, methods, ingredients and so on…and tells him about all he learned about the factory from his grandfather.

Finally, Wonka announces that Charlie has “won.” He receives the entire factory and will take over the company after Wonka retires.

A while ago, the organization I had recently joined faced similar challenges as Willy Wonka did: there was a growing gap between the IT department and the business needs. However, in a services environment business and IT alignment is absolutely crucial.

Apart from being very busy at all times, nobody really knew what the IT-people where up to, what they were working on, which priorities they followed or whether it was what the business most needed.

On top of that, most of the knowledge was trapped in people’s heads and within a growing organization this became more and more a continuity risk.
I was the lucky one who drew the golden ticket to tackle this…

Here We Are. Now What?

Below is the presentation that summarizes the ‘Charlie Bucket’ approach – as I now like to call it.

It turns out that there are five ways to go about with this challenge. And that ‘Aha’ moment I experienced while I was watching Charlie’s adventures turned out to be very beneficial in choosing the right approach:

1. Maybe we could have used (big) money to create a whole new set-up entirely replacing what existed (people, procedures, systems,..) ? I am sure that is what the Veruca Salts would do.

2. Or were we the unlucky ones who had attracted all the dumb IT professionals from the marketplace, so replacing all of them with Violet Beauregardes (all new and bright talents from the outside) would do the thing…

3. Or would it have been wiser to look solely at technology – maybe our organization was just victim of running old outdated rubbish and wheeling in bleading edge new high techs offered by the Mike Teavees of this world was what we needed?

4. Another option would be to do it Augustus’ way, having a go at anything we encountered next, just having a taste of it, changing it a bit, but not finishing at all before tasting something new?

5. Instead, I told my Willy Wonka to take the Charlie Bucket approach: first learn about the current set-up, get as much information possible, before determining a strategy.

In brief: work with the existing organization to accomplish our goals, led by a clear objectives, a very open and continuous communication, with lots of room for participation and a strong buy-in from the whole organization. 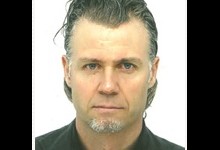