How do you Appraise?

Amazing things happen when we reverse the laws of gravity that govern our thinking about appraisals. Ben Zander found out that giving an A upfront makes a difference between a good and an average performance.

In the light of last week’s post (which sparked an interesting discussion on the LinkedIn Organizational Change Practitioners group) a fascinating point of view was unveiled. As one of the participants in te discussion put it:

Instead of looking to recruit people who already have all the qualifications, we should be looking for people with the ability and willingness to develop the skills and knowledge and allow them to grow into the job.

Forward instead of Backward

This shows that we should actually be recruiting-FORWARD – not only because recruiting BACKWARD (by looking in the rearview mirror of predictability) is not satisfying; but rather because we need to spark potential (as opposed to ‘actual’) performance.

In that sense, a recruitment interview is more than a measurement or an observation; it is a process of becoming aware of the potential (from one side) and becoming committed to the challenge (from the other side of the table). This ‘forward’ way of thinking reverses the dynamics completely.

The same is true for performance appraisals. Ben Zander, conductor for the Boston Philharmonic Orchestra, was faced with the same problem every year for 25 years: Teaching students who were in such a chronic state of anxiety over the measurement of their performance, they were reluctant to take creative risks. So he changed his appraisal strategy: he decided to give everyone an A, at the beginning of the course. The A was not intended as a way to measure someone’s performance against standards, but as an instrument to open them up to new possibilities. 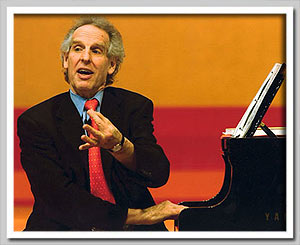 Students were required to write a letter that began with “Dear Mr. Zander, I got my A because…” and they had to describe in as much detail as possible, how they came to achieve this “extraordinary grade”. Students must “place themselves in the future, looking ‘back’, and report on all the insights they acquired and the milestones they attained during the year, as if those accomplishments were already in the past.

The A is an invention that creates possibilities for both mentor and student, manager and employee, or for any human interaction.

Zander applied this kind of thinking to his conducting and it transformed him from being a dictator, to an orchestrator of collaboration. This new openness in communication had a huge effect on the morale of the orchestra, improving the performance of both conductor and players.

What would happen if we started to recruit and appraise by giving an A?