Shut up!! (The Best Management Advice Ever)

This is one of those articles which is as much meant for myself as it could be helpful to you – dear reader. I presume about every language of the world has a saying that means ‘speech is silver, silence is golden’.

More often than not I have experienced this saying to be true when it is too late. In my consulting work as well as in my private life I have an array of experiences ranging from small misunderstandings to damaging communication bloopers. So this nudge is to myself in the first place.

There is an awesome exercise that I run during the Communication Cockpit training. It is called ‘Rattle Snake’. All participants gather in a circle, each holding an object that they needed to pick. When I announce the assignment – “You have 60 seconds to sell this object to your neighbor, and we will do this one by one so the rest of the participants can feedback and coach” – all their faces turn pale.

You can almost literally feel the heartbeat going up as the eyeballs are grasping the ceiling and silence settles in. I explicitly ask them to resist the temptation to prepare a catchphrase or to engineer a script. Unfortunately, by the time I speak this sentence, panic drives their troubled minds. Then the exercise starts and each participant gets 60 seconds to sell their object.

Here is what typically happens: the first participants don’t even face their counterparts, instead they describe the object as if they are reading an advertisement out loud and after about 30 or 40 seconds they turn to me (as timekeeper) with a sheepish face that screams ‘please release me’.

After some tries and sharing of observations the following learning points come to the surface:

What we experience in this rattle snake exercise summarized in the drawing above (based on Peter Senge’s Fifth Discipline Fieldbook). In case you would wonder: the exercise is called rattle snake because of the rattling observations of the participants as we go along.

At the end of the exercise, the group has learned from their own observations. Finally, as a trainer, the probability of success in this exercise is closely correlated to my own ability to back off and shut up! 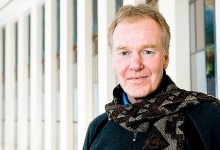